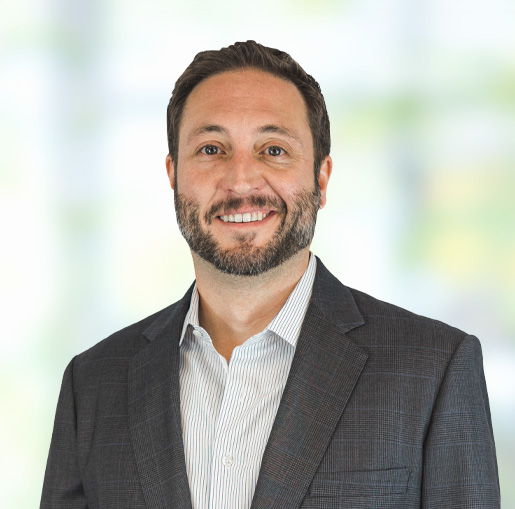 Justin Poplin is a registered patent attorney and a member of Avek IP, LLC. He served as Chair of the Intellectual Property Prosecution & Transactions department in a national law firm from 2013 to 2016, and he was a founding member of Avant Law Group (a predecessor to Avek IP).

Companies of all sizes – from large multi-national corporations to startups – rely on Justin’s legal advice on patent, trademark, copyright, trade secret, licensing, and confidentiality issues. And many clients utilize Justin as outside general counsel because he efficiently prevents and solves problems in ways that minimize disruption to their businesses. He has been the lead patent attorney in litigated matters and has prepared and conducted inter partes reviews, inter partes and ex parte reexaminations, supplemental examinations, and broadening and narrowing reissues. He has aided clients with obtaining, enforcing, licensing, invalidating, and avoiding infringement of patents and trademarks in a wide range of technologies, and he is responsible for managing intellectual property portfolios globally.

Justin argued and won some of the earliest inter partes review (IPR) cases, including one case against a large Johnson & Johnson subsidiary and another case representing Munchkin, and his docket has over 75 IPR cases. The Munchkin case is the first case invalidating a design patent through IPR. He has also successfully argued appeals at the U.S. Court of Appeals for the Federal Circuit. Audio recordings of Federal Circuit appearances on behalf of Munchkin and Shinn Fu Company of America can be accessed here and here.

Industry groups, business incubators, schools, and law organizations frequently invite Justin to present on legal issues since he conveys complex topics in plain English. He has taught the fundamentals of intellectual property law to over eight hundred business professionals.

Justin wrote and prosecuted the patent portfolio for a company that developed an industry-leading video-content and recommendation engine. The company was later acquired by Hulu.

“Justin Poplin has built a formidable reputation for his expertise in intellectual property matters, with his practice featuring strengths in advising on transactional, litigation and management issues for large IP portfolios, as well as handling IPR matters.”
–Chambers and Partners

“[W]e were being sued, and because of that, we couldn’t sell equipment to a vendor. And I asked [Justin] to call them. And he did it. The next day they pulled the suit! Others I have worked with at other firms would just have dragged things out. The others weren’t capable of doing what Justin did.”
-Business Owner, Client

“I just wanted to let you know that I thought you gave one of the best presentations I saw yesterday at the convention. You were perfectly clear and direct.”
–Business Owner, Conference Attendee

Any information provided on this website, including links to outside sources or information provided on such sources, is not and should not be considered legal advice. No attorney client relationship may be established with the attorneys of Avek IP without prior consultation, including disclosure of work required and identity of all parties involved, and express attorney assent. We can not be responsible for the content or accuracy of materials on linked outside sources. The choice of a lawyer is an important decision and should not be based solely on advertisements.